Connecting to your Linux VPS

Connect to a VPS via PuTTy

The most common way our users tend to utilize their VPS is from a Windows host to a Linux server. For this, we recommend a third-party tool called PuTTy. PuTTy is a free, open-source software that comes with several useful features.

It can, for example, save your server IP for later use, generate SSH keys, and automatically mitigate common SSH server bugs. Connecting with puTTy is as simple as downloading an installer from the official site, installing puTTy, and entering your IP address in the session window. 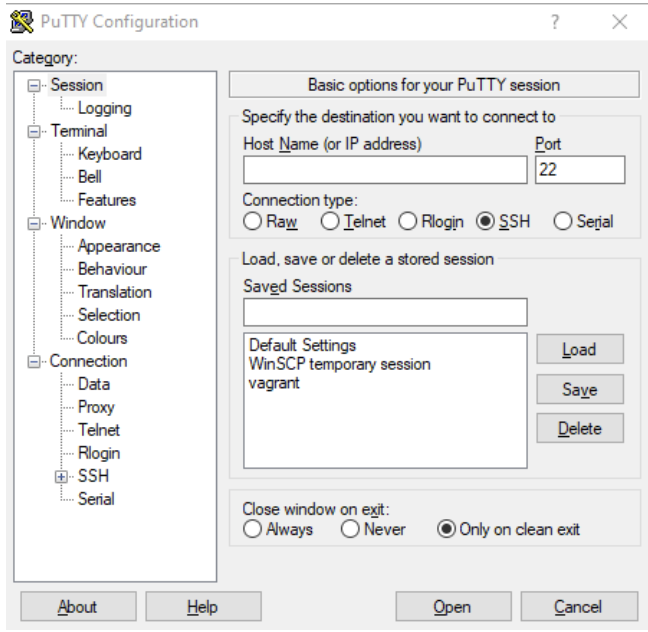 You can then click Open to connect to the server.

PuTTy also works on Linux. To install PuTTy, enter the following in terminal:

Once PuTTy is installed, you can also utilize it to connect via an SSH key, store public keys, configure private keys, and more.

Wondering how to make use of PuTTy's more advanced functionality? Read our full guide.

If you're familar with the command line, connecting using SSH is a simple one line command.

Your password is the one entered when creating the server.

Did this answer your question?